My email address is for any picture contacts  is :     les.chasephoto@gmail.com

Link for the Advertiser and Times Newspaper Match Report.

Christchurch vs Falmouth Town 30/11/2019 FA Vase Match.    Christchurch win 2-1     Christchurch in Blue .  (One off the best games I have been to all season for football entertainment.)     FA Cup and Cup Matches 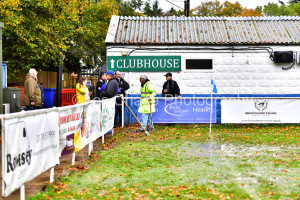 Bashley vs runaway leaders Sholing 16/03/2019 and Bashley were only the second side to get a point from Sholing in very windy conditions 0-0 score.    On Web at 10pm Non League Football January to March 2019

2019 New Forest Sports Awards  Sincere Apoilogies for No Name Captions.    All Pictures are available for release to Prize winners and clubs of the New Forest by email or Printed up to A2.    On web by 11pm      Contact me on les.chasephoto@gmail.com

I was able to attend the funeral of Chris Farrell on Friday 15th March and there was an amazing around 300 people there paying their last tributes to Chris.    A very popular man in many walks of life.

Day Trip flying easyJet to Reykjavik (KEF) Iceland from London Gatwick and Return viewing of the Northern Lights at 37000 Feetover the North Atlantic on Monday 4th February 2019 on web at 2-30pm 5th Feb.2019

Last Steam Special of the summerof 2017 from London to Weymouth with LNER A4 Class 4-6-2 Number 60009 Union of South Africa Steam Engine and Diesel Class 47 at the rear.    Steam Railways

Mallorca flights from London Gatwick on March 29th sky scapes.    S"Albufera Natural Park near Alcudia North East of Mallorca 30th and return flight to London Gatwick sky scapes on 31st March 2015.     All these images on this link are FOR SALE.    POA.

Pictures are "For Sale" printed and digital.   POA.

All Pictures are available "For Sale" on digital and printed formats.    Phone or email for quote.

These pictures are for sals in printed form, or digital online.    P.O.A

Pictures of this link are for sale in print or digital form.    Price on application.

Mallorca 11th to 13th January 2015 skyscapes.     Sunrise over the sea from Cala Millor on Mallorca's East Coast 13th January with clouds in the sky.     A Hoopoe bird looking for morning feed on 13th January.

Pictures of this link are for sale in print or digital form.    Price on application.

Mallorca December 07 to 12 2014 with skyscapes, land and seascapes.

These pictures are for sale in various sizes and prices.     POA.

Rocky Cliffs are at the entrance of the Caves de Arta on Majorca's East Coast.

These images though on web as screen savers can  be sold as prints as well.  P.O.A.